Each year I make a shirt for the Llama-Tippers that makes fun of one of the major events of the past year. For Defcon 22, I decided to poke fun at Dogecoin, a joke about cryptocurrency that turned into a cryptocurrency itself. While I think Shiba Inus are cute, a llama is much more fitting for a cryptocurrency. First of all, it is untippable, and second, a llamagecoin sounds much cuter. 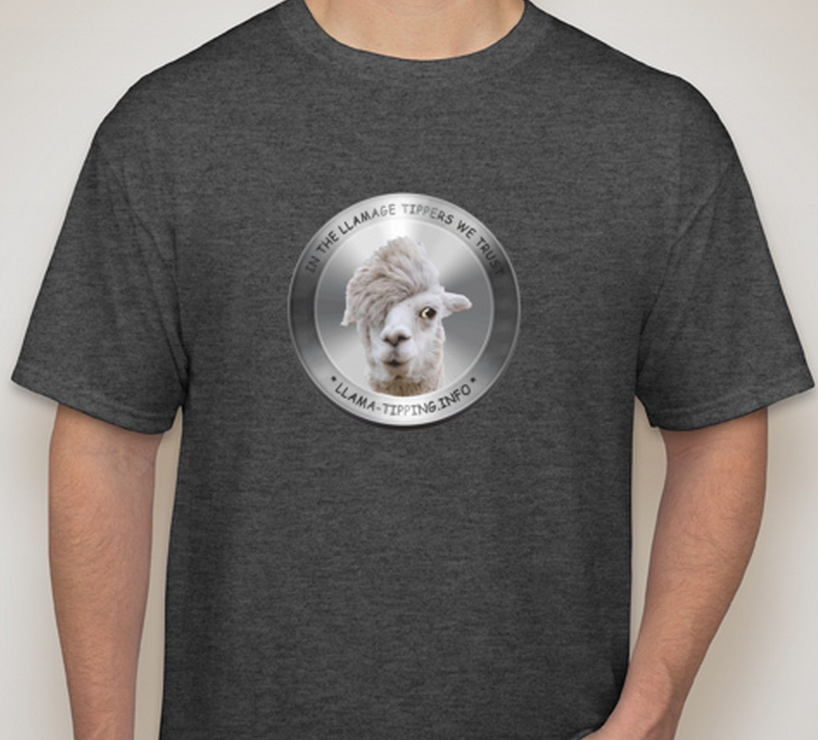 What will DC23 bring? I am thinking of Silk Road, but with Llamas. What about the FBI takedown? Can the FBI tip an untippable llama? What about Alpacas? What if there was a branch of government that simply investigated the tipping of llamas instead?

Enter your email
Subscribe
Good news, everybody! I made a Google Calendar that you can look at and also download and import into your very own Google Calendar! This calendar has the speaker schedule for DefCon 25 that will be held at the Caesars Palace Las Vegas Hotel & Casino! Use the following links to
The llama-tipping group is filling in the holes. The good people at Defcon have announced some issues with the expected Electronic Badges this year. You can read all about it over HERE [http://bit.ly/DC25_NoElecBadge]. Our fellow llama-tipping member Brandon [http://llama-tipping.info/author/brandon/] felt that this
This year, we went with a "Llamas in Black" theme inspired by an image [https://ih0.redbubble.net/image.24071548.5233/raf,750x1000,075,t,fafafa:ca443f4786.u2.jpg] presented by Mr. BoB. I went and started building graphics and came up with this year's badge & t-shirt graphics! This year,